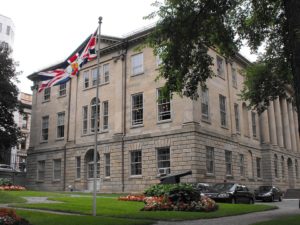 CHF Canada’s Atlantic Region office requested this amendment in early 2021 as it became clear during the pandemic that this flexibility should be made permanent.

On behalf of housing co-operatives in Nova Scotia, we are requesting a change to the Cooperative Association Act (the Act) be made to allow for virtual meetings. The current declared state of emergency allows for co-ops to hold all meetings electronically in order to comply with the COVID-19 health and safety measures. However, once the state of emergency is lifted the Act will not allow for special resolution meetings to be held virtually. We believe this is a necessary regulatory change to allow co-ops to continue to conduct business, to allow for decisions to be made through a democratic process and support the sector for the long-term.

Effectively, the changes in the new legislation grant permission to co-operatives to hold all meetings electronically if their board has decided it appropriate. This does not override the by-laws of co-operatives and explicitly allows for them to prohibit virtual meetings if they see fit.

The legislation also allows meeting by “telephonic or electronic means”, meaning a housing co-op could conduct meetings using a teleconference call, a web conference platform or a hybrid meeting.

“This legislative change will now allow co-operatives to make decisions on how to best remove barriers for member engagement in their co-operatives and support an important co-operative principle – democratic member control,” said CHF Canada’s Regional Manager, Atlantic, Karen Brodeur. “People who were previously unable to attend in-person meetings could now have an opportunity to be more involved in their communities.”