Ontario: Speak up for co-op housing

Mayors and councillors are in charge of some of the most important decisions that can impact the future of co-op housing in your community. This year, this is truer than ever as many HSA co-ops will be looking to sign new agreements with their municipality after they have paid off their mortgage.

CHF Canada, the regional federations and Ontario co-ops worked for five years to protect HSA co-ops as they reach the end of mortgage. In March, the Ontario government announced new regulations that are a positive step forward. Now, as municipal elections approach, our attention turns to the municipalities as each HSA co-op moves to a new agreement.

This election, ask candidates if they will:

♦ Work with the HSA co-ops in their area to ensure they are offered fair agreements that support the long-term health and sustainability of the community. 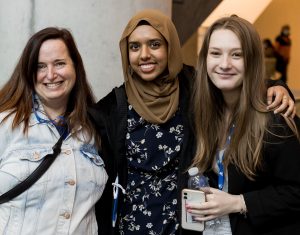 Want to get more involved?

Peterborough co-op an oasis of affordability

Ontario: Speak up for co-op housing