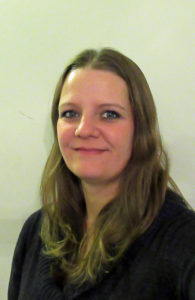 Westboine Park Housing Co-op is located on 17 lush acres along Winnipeg’s Assiniboine River. The co-op’s 188 member households form an active community who often get together for events like bake sales and holiday celebrations.

One such member is Lori Morin, who, two years after moving into Westboine Park, was recently elected to the co-op’s board. She also serves as chair of the co-op’s Ways and Means Committee.

Lori is currently starting an Accounting and Payroll Administration program at Herzing College. She credits being on the Ways and Means Committee as helping her explore leadership roles, gain confidence, and practice and build her financial skills.

Asked how members can get involved in their co-op, Lori recommended asking the co-op office about which members are leading community events in the co-op, and getting in touch with them. This is a stepping-stone to organizing events. As she puts it, “I find many people have similar ideas of things they would like to see take place in the community but many people stay on the sidelines because they are unsure of how to make things happen.”

Lori, a single mother of a nine-year-old daughter and a six-year-old son, is also the treasurer for the Ecole Dieppe Parent Advisory Council and an active volunteer with events at her children’s school.

Blair Hamilton, Program Manager with CHF Canada, says “Lori is representative of the kind of family that affordable co-op housing exists for, she clearly gets the co-op spirit, and she is the kind of emerging leader we should be encouraging co-ops to identify as part of leadership succession.”

When asked about her commitment to volunteering, Lori responded, “I believe everyone has a part to play in building their community, and small steps lead the way.”