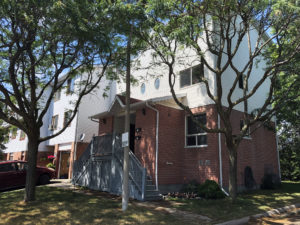 Some of Kingston Co-op’s current homes

Here’s a lesson for housing co-ops everywhere: when opportunity knocks, it’s worth answering.

Kingston Co-operative Homes (KCH) will be getting much bigger thanks to a new apartment building to be constructed next to its existing property.  This is the third time since 1985 that the co-op has expanded from its original 86 homes. The 38 new co-op homes will bring the co-op to a total of 140.

Kingston Co-op has had a long positive relationship with the City of Kingston thanks to a  solid local reputation as a well-cared-for, safe and supportive community.

Four years ago, the city acquired a large vacant lot next to the co-op.  Kingston Co-op Homes was one of three non-profit housing groups approached to consider developing the property for affordable housing.

Long-time member Kimberley Mansey-Walker is the co-op’s president. “When we saw what the municipality had in mind for the property, we discussed how we could achieve some of our own goals. Our members liked the prospect of having smaller, more accessible units for older members that might want to downsize, and for young couples joining our co-op.”

A history of expansion

“Our co-op has a tradition of looking at opportunities to build more homes – we’ve added eight one-bedroom unit expansions twice in the past,” says Ted Smith, who today chairs the co-op’s development committee. “In this case, we had long discussions about whether to jump in – it’s a large project that will take lots of time and energy. We also wondered whether that many new members might change the culture of our co-op.” 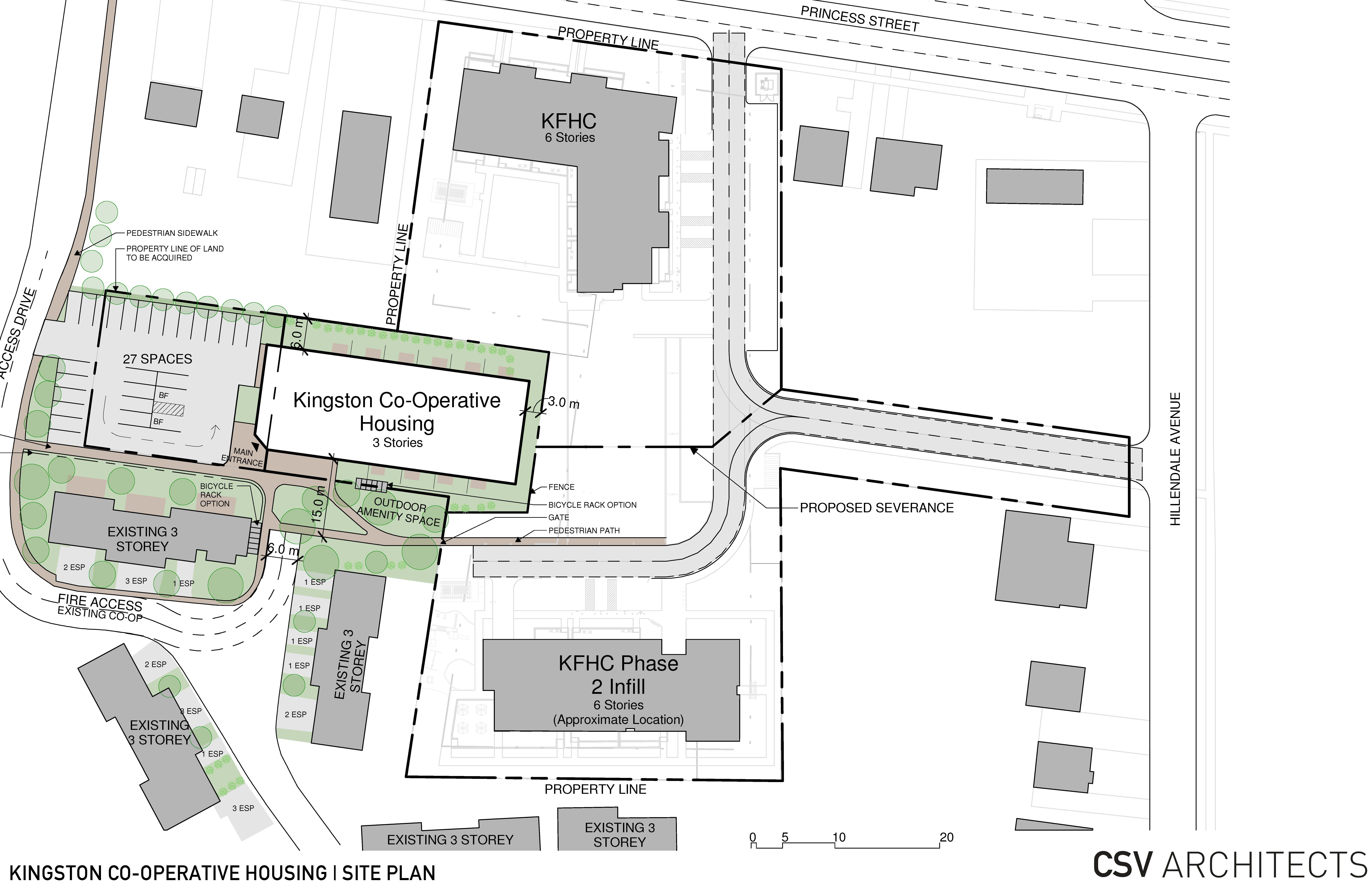 “Also, on the plus side, we get to decide what will happen to a property that sits right on our doorstep.”

A sense of civic duty – helping solve Kingston’s significant lack of affordable housing – was another important goal. In the end, there was almost unanimous agreement among members to develop the new housing. In the fall, after the city voted to approve the project, the co-op also voted to commit funds to the project.

There will be many more steps for the co-op before new members move in. Kimberley Mansey-Walker expects a roller coaster ride; but she points to the support that the project is getting from the City of Kingston, and the professional advice and leadership offered by CHF Canada, Compass Co-op and New Commons Development.

“We expect a lot of hard work, but we are counting on a win/win,” she says.