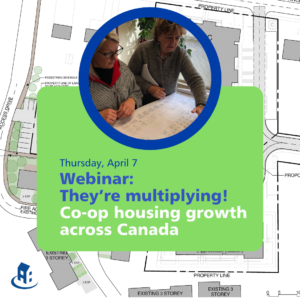 CHF Canada recently showcased the experiences of six housing co-ops championing the sector’s vision of Co-op Housing for All, by that are growing their co-ops, building more than 300 new co-op homes. These were featured in a national webinar, They’re multiplying! Co-op housing growth across Canada. Members can access the recording here.

What can we learn from these co-ops about building more homes for our co-op?

“The co-ops we looked at in the webinar had different opportunities, different financing, and different processes. The common thread was that members found an opportunity to expand, and took advantage of it.”

She points to the Co-op Principle “concern for community”. Many co-ops want new units to accommodate members whose household size has changed, especially older members who need smaller or more accessible homes.

Here are some lessons from the webinar: 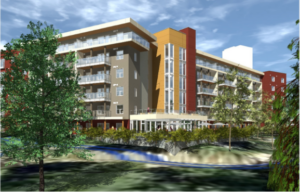 Each of the six co-ops had a unique mix of startup funding and construction financing. Between them, they found federal, provincial and municipal grants and loans; land contributed by municipalities; credit union mortgages, and investments from supportive housing organizations, utilities and private developers.

All but one of the co-ops assembled financial support from several sources. This can mean negotiations and ensuring alignment between all partners can be challenging, including on key goals like affordability. 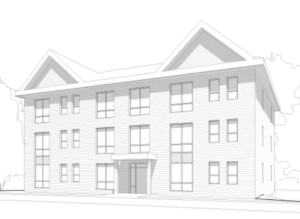 “One key step for each co-op,” says Jessica, “was understanding what it had to offer.”

Each co-op had taken a hard look at its development potential. Was vacant land available? What condition were the co-ops’ existing buildings in, and how much money would be needed to keep them in good repair? Did co-op leaders have the energy, enthusiasm and commitment to take on a new development project? Did the co-op’s members support pursuing development opportunities? Was there a wide consensus about how the co-op could benefit from new development?

For some, municipalities were particularly important.

It’s worth the effort of keeping local connections in good shape.

Size can also matter. In Saint John, a 2015 merger of nine small co-ops into 252-unit Unified Saint John Co-op made it possible to find a vacant site and develop 14 more co-op homes. That would not likely have been possible for any of the nine acting individually.

There were other examples of innovative partnerships. Ashley Mar Housing Co-op in Vancouver partnered with a private developer to redevelop its site and add 71 new co-op homes, using an arrangement where the private developer will also build market housing on the site.

“We are happy to help member co-ops that are interested in expanding. I am always available to talk with members who are excited about building more co-op homes,” she says.