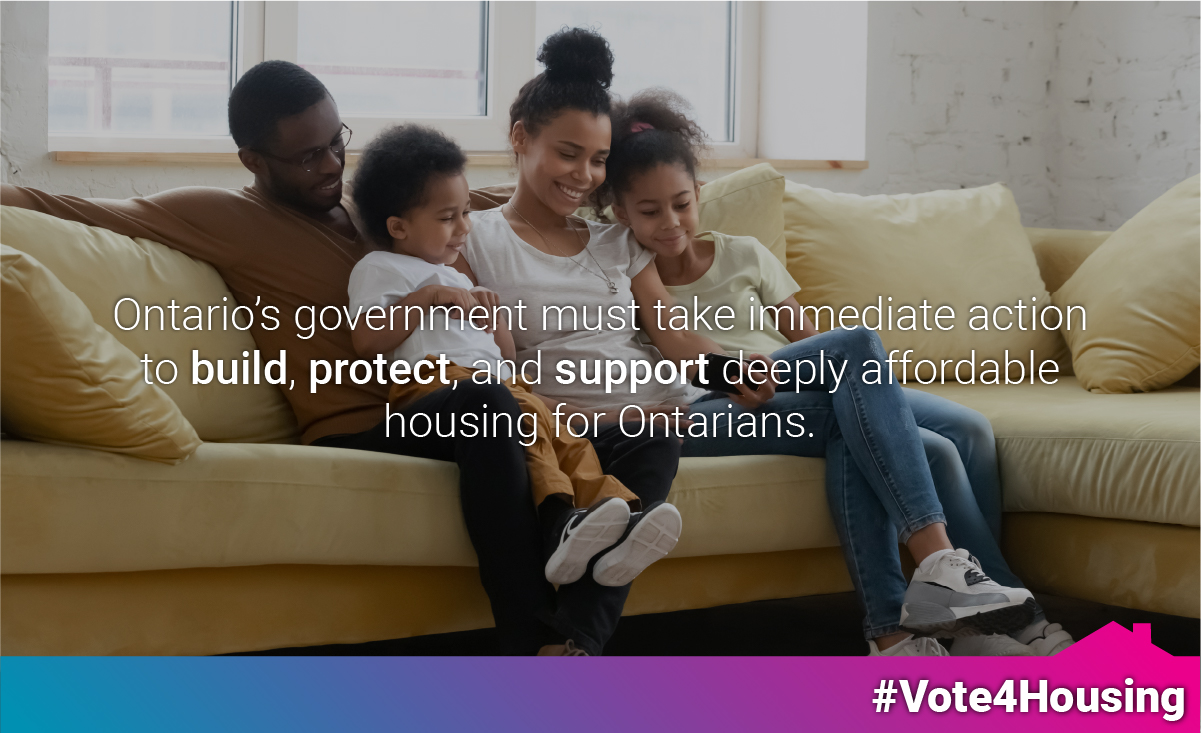 The Ontario election last week ended with a majority win for the Ontario Progressive Conservatives.

A huge thank you to everyone who took part in the Vote4Housing campaign and spoke up for those in need of affordable housing!

We partnered with Ontario Non-Profit Housing Association (ONPHA) to produce the Vote4Housing campaign. The campaign helped make affordable housing a key campaign issue where voters pledged to #vote4housing and wrote politicians urging action and ONPHA and CHF Canada were interviewed and quoted in media coverage.

It put the issue before the general public, as well as the candidates.

A Vote4Housing poll found that 61% of Ontarians believe that increasing affordable housing supply benefits all of us.

With a majority in the province supporting affordable housing growth, now is the time for action.

Once the 43rd Parliament is underway, CHF Canada will begin meeting new MPPs to familiarize them with the co-operative housing model, and will urge for action to protect and grow Ontario’s affordable housing, as outlined in the Vote4Housing Action Plan.

CHF Canada is ready to work with the Minister of Municipal Affairs and Housing, and with MPPs from all parties, to enact solutions to Ontario’s affordable housing crisis.