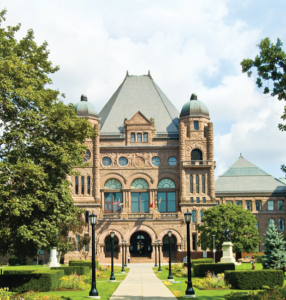 CHF Canada supports changes to permanently allow virtual meetings; however, changes to how by-laws are passed go too far

The government of Ontario is seeking input on proposed changes to the Co-operative Corporations Act that would permanently allow virtual meetings. CHF Canada supports these changes in general, because many co-ops have found virtual meetings have led to greater participation in members’ meetings. As well, virtual meetings can help co-ops be more accessible, following the Accessibility for Ontarians with Disability Act (AODA) requirements.

While we support most of the changes, we have concerns in two areas:

CHF Canada encourages co-ops to take part in this consultation by:

While these changes may make sense for non-profits and businesses, a guiding principles of co-operatives is democratic control. Changes to a co-op’s by-laws should happen infrequently, and are significant decisions. Under the proposed changes, if the membership disagrees with the board’s changes, and the board has entered into a new contract or borrowed money, the members may not be able to undo the board’s decision.

The proposed changes to section 23 of the Co-operative Corporations Act also creates some confusion around whether if a change to a by-law is rejected if it does not receive a two-thirds vote.

CHF Canada believes the proposed changes to section 21 and 23 of the Co-operative Corporations Act should not be made, and the current rules maintained.

The current Co-operative Corporations Act allows any one member to require a poll (an oral vote where the name of each member is called on and the member states their vote). This is a reasonable protection for members.

CHF Canada believes the changes to section 75 of the Act should not be made.

CHF Canada will be submitting a detailed response to the province next week. We encourage co-ops and members of the public to take part in the consultation as well.

Participate in the consultation
Deadline: January 21, 2022