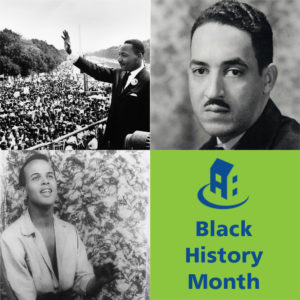 As we observe Black History Month in February, it is worthwhile to highlight the role co‑operative enterprises, and co‑op housing in particular, played in the civil rights movement in North America. Many thanks to David J. Thompson and the National Association of Housing Co-ops for documenting and sharing these important stories (follow the links below to read the full versions).

Safe secure housing has been elusive for many disadvantaged groups, and not surprisingly for those that dedicated their lives to promoting equality in the civil rights movement in the United States. Discriminatory ‘redlining’ by realtors, rental agents and insurance companies maintained racially segregated communities, denying access to housing to many well-known African Americans. Civil rights activists including W.E.B. Du Bois, Langston Hughes, Paul Robeson and many others were denied housing options because they were black. Fortunately, co‑operation provided a remedy to their housing issues.

This story originally appeared in CHF Canada’s eNews on February 6, 2017