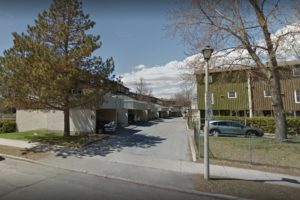 When it comes to her co-op, past president Christiane Périard gets right to the point.

“It is simple: Brébeuf Co-op is 40 years old. Our buildings are not sustainable without major work. Plus, we were paying 8% interest on our existing mortgage,” she says. “We needed a lot of money to fix our property, and it helped us to save on interest. Refinancing is the only way to go.”

Christiane’s housing co-op, Brébeuf, is one of the oldest in Canada, built in 1978 under CMHC’s Section 61 program. It sits in an historic Ottawa neighbourhood, near where the Rideau and Ottawa rivers meet. Its 52 homes have a diverse francophone population, from young families to retirees.

In December 2018, Brébeuf finalized its new $3.6 million mortgage. After paying off its existing CMHC mortgage, buying mortgage insurance and paying fees, the co-op will have $2.3 million to spend on new siding and insulation, windows, heat pumps, and other improvements. When the construction work is finished at the end of 2019, members will pay much less for their electric heat, and the co-op’s stronger cash flow will enable it to tackle overdue renovations to kitchens and bathrooms.

The new mortgage, from Caisse d’Economie Solidaire (part of Desjardins Credit Union, Canada’s largest) was obtained with the help of CHF Canada’s Financial Planning Services. CHF Canada’s asset management services  and financial advisors worked with the board and members to revitalize the co-op’s business.

In fact, the co-op’s big repairs signal a major shift in its approach.

Before contacting CHF Canada, the co-op had already looked for a new mortgage, and been turned down. Very low housing charges—about 40% of market rents in the neighbourhood—were simply not enough to afford the repairs.

It made sense for us to get that help from CHF Canada, since the federation has been through the borrowing process many times, and of course understands co-op housing.

With its building condition assessment in hand, the co-op turned to CHF Canada. The decision to rejoin CHF Canada and use its Financial Planning Services changed everything.

“We needed help with our analysis,” says Raymond Carrière, who served as co-op treasurer to 2018. “It made sense for us to get that help from CHF Canada, since the federation has been through the borrowing process many times, and of course understands co-op housing.”

CHF Canada recommended that the co-op get an asset management plan, now a built-in part of CHF Canada’s program, to pinpoint the co-op’s capital replacement costs for the next 25 years. It showed the income the co-op would need to allow it to borrow for immediate work, and always have enough in reserves.

Members faced a challenge. Brébeuf needed an immediate housing charge increase of 20%, and then increases of 7.5% for each of the next two years. After that, normal and affordable annual increases would be fine.

“That was absolutely extraordinary,” says Dave Howard, CHF Canada’s Program Manager, Financial Planning Services. “Almost all housing co-ops can handle a new mortgage without increasing their housing charges at all, or occasionally by a small extra amount. The Brébeuf situation was unique.”

With CHF Canada’s help, the board hosted info sessions where members discussed the advantages and disadvantages of the higher housing charges.  Members agreed to the increases. They expected reduced hydro costs to help offset the increases and supported faster renewal of the interiors of their homes.

“They could certainly see for themselves that repairs were needed, and they knew we were serious about getting them done,” says Christiane Périard. “At the member meetings, the big questions were about how quickly the repairs could start. Members have waited a long time for the co-op to do something about energy costs, drafty windows, and so on. Now, they want to live in nicer, better homes—and they decided to make that happen.”

They could certainly see for themselves that repairs were needed, and they knew we were serious about getting them done.

CHF Canada took the lead in discussions with Caisse Solidaire. The Caisse agreed that, if the repairs went forward quickly, it would lend against the improved value of the property, rather than present appraised value. The Caisse required that the loan be insured by CMHC, which enabled it to offer a low rate of 4% for the first ten years–half of what the co-op was paying on its old mortgage.

Raymond Carrière says that the timing is “perfect. Because it is now possible to prepay without penalty, and because CHF Canada successfully lobbied so that subsidies for low-income households would continue, it is feasible to do major renovations”.

The board of directors gives plenty of credit to CHF Canada’s program manager Dave Howard and financial analyst Randy Harris, who led the discussions with the Caisse and negotiations with CMHC. Christiane Périard says that the Refinancing Program’s organized approach means that “you never get discouraged by the long process; you just keep moving forward to the next step. You never feel alone.”

As the new year begins, Brébeuf’s board is looking ahead to a very exciting twelve months. “We have a great volunteer team here at the co-op,” says the co-op’s new president Denis Charbonneau, “All of us are expecting a very busy time with all the construction. Our members have great expectations about improvements to our co-op, and we are glad that it is now possible to move ahead.”

For other Section 61 co-ops interested in doing something similar, CMHC has announced the next (and probably last) call for applications to prepay co-op mortgages. For more information, please contact Dave Howard, CHF Canada’s Program Manager, Financial Planning Services, at dhoward@chfcanada.coop or call 1-800-268-2537 extension 239.