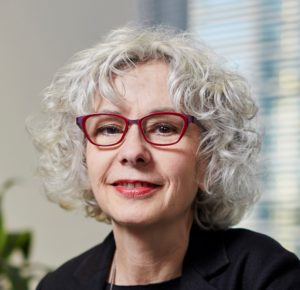 Alexandra Wilson is a Canadian housing co-op pioneer. From her earliest days as an activist at Bain Co-op and work at the Co-operative Housing Federation of Toronto, she later assumed leadership roles at both CHF Canada and the Agency for Co-operative Housing. She continues to sit on the boards of several co-op associations, including the International Co-operative Alliance.

Writer Cindy Long spoke with her for a wide-ranging interview as she continues her lifelong work as a co-op leader and advocate.

Q: You fought in the 1970s to create the Bain Apartments Co-operative in Toronto when you were only 18, and played a key role in the fight to save Beech Hall five years later. You seem to have a clarity of purpose. Where did it come from?

AW: I have an innate perseverance. I only latch on to things that I think can actually be done, and then I don’t give up. My brother played an instrumental role in supporting me early on. I was very young, extremely shy and socially awkward. He was outgoing, confident, very charismatic. It took me ten years to acquire even the superficial social skills that allowed me to go on and do many of the other things I did in my life.

I was drawn to co-operatives because they answered the question: How should society be organized? It’s all very well to critique capitalism, but what’s the alternative?

There we were, living at Bain and facing the prospect of being evicted for the third time, and we said, no, we have to try to stop this from happening. My own thinking was, ‘Well, we can organize the tenants, and we can fight the eviction, and we will lose, and you know, I’m not interested in losing a third time. Why don’t we buy the property instead?’

Q: The history of the co-op movement is often traced to the Rochdale Weavers’ Guild in the U.K. in 1844. Do you think perhaps its roots are even deeper than that in human history? I’m thinking of some Indigenous cultures, and the tendency for that traditional way of life to reflect co-operative principles.

AW: I’m not that well-versed in Indigenous cultures, but I think all traditional societies are collective to some degree and that has something to do with surviving in adverse conditions. Housing co-operatives came straight out of the dispossession of the Industrial Revolution. Jewish immigrants from Germany brought them to New York City at the end of the 19th century. I think they do echo values we see in traditional societies.

Q: For 15 years, you served as the executive director of CHF Canada. What would you say are the key strengths of that organization that will carry it forward?

AW: I want to give credit here to Mark Goldblatt. He came up with key ideas that were implemented and that I believe account for CHF Canada’s strength today.

First of all, there was a proposal to turn CHF Canada into a confederation. Mark spoke very forcefully against the idea arguing that our sector’s strength lay in mobilizing the people who lived in housing co-ops. In order to get anything from the government they needed to have electors going and talking to their MPs and advocating. If we didn’t have the housing co-ops in our membership, we wouldn’t have a way to get to the grassroots and mobilize. It was a very powerful insight that went against the grain.

At the end of the day the money comes from people who live in housing co-operatives, and that is a perpetual source as long as you are focused on providing services that your members see as being of value. Mark also invented the educational programs that CHF Canada is so well-known for. 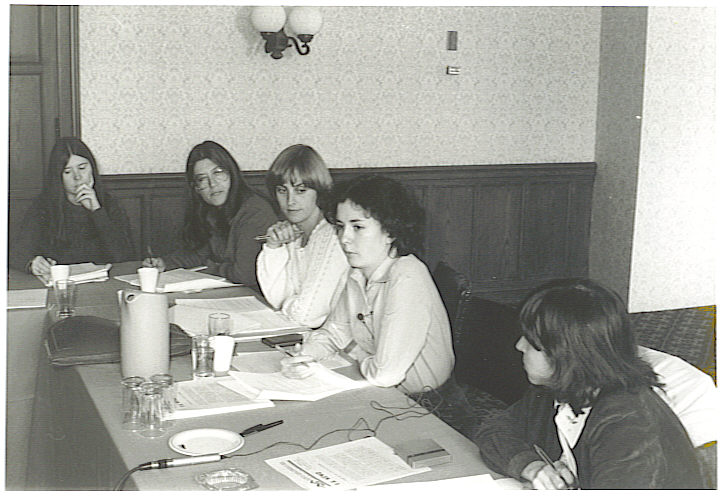 Alexandra Wilson (centre) at an education event in Saskatoon in November 1981.

Q: You were key to establishing the Agency for Co-operative Housing. Why did you feel, at the time, that it was necessary?

AW: As far back as 1978, the federal government tried to retreat from [a direct delivery role, in favour of provincial delivery of programs], and one of the proposals that we didn’t like was that it would be provincially administered. We won that fight. And then in 1985 we fought it off again and ended up with the ILM program.

Fast-forward to 1995. We had the near-death experience of the referendum in Quebec and the talk was of devolution again. The provincial government in Ontario had just brought to a crashing halt the provincial housing programs. Just like Bain I thought, we could mount a pretty impressive protest, and lose. What was our alternative? At the time, every federal agency of any kind had to make the case for all its spending activity. So, alternative service delivery became the flavour of the day. Inspired by that, we proposed the Agency. What made it happen was lobbying. 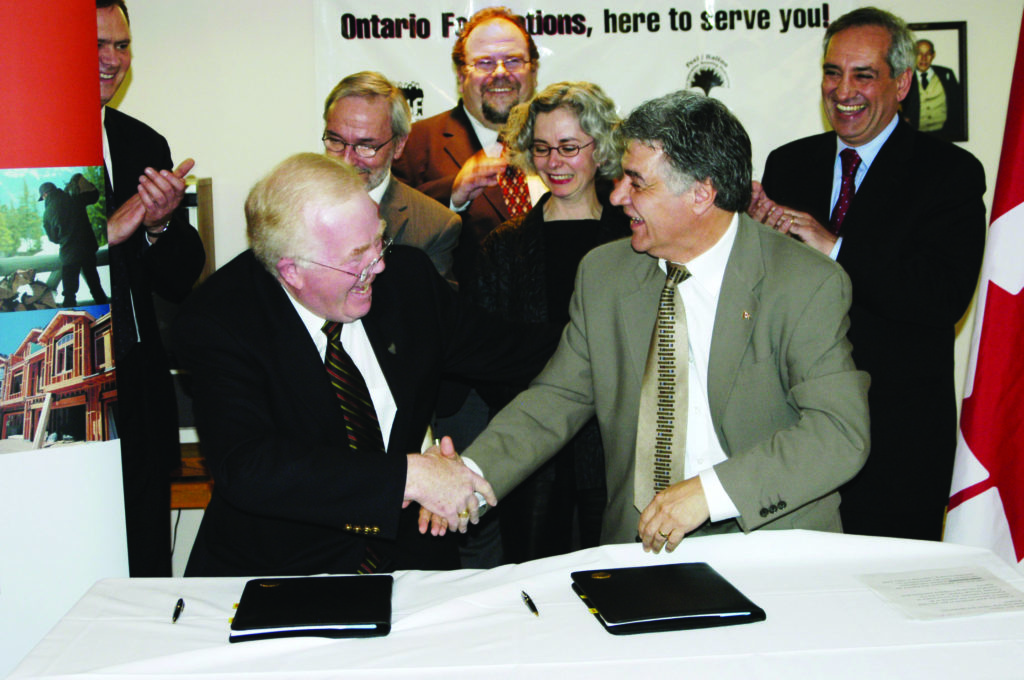 Alexandra Wilson (back row, centre) at the signing of the service agreement with the Government of Canada that created the Agency for Co-operative Housing.

Q: You’ve just retired from the Agency. What are you still very much involved with and looking forward to continuing?

I’m taking a certificate course right now in Climate Competent Boards. Companies are starting to wake up to the risks posed by climate change. If more private companies can be persuaded that their long-term interests lie in solving this problem, then we have half a hope of saving ourselves.

Q: You’ve dedicated your life to co-op housing, and the co-op movement in general in Canada. Looking ahead, what are your hopes for the sector?

AW: Fundamentally, I’m an optimist. I feel that one is morally obligated to be an optimist because not being an optimist means throwing in the towel. I choose to believe if we just keep working at it, we can get someplace on these persistent human problems. I’m heartened by the fact that new co-ops spring up every day. It’s so much effort to start a co-op, but people keep turning to the idea.

Q: What makes it so difficult?

AW: The lack of proper financing. If you look at the Mondragon system in the Basque region of Spain and you ask why they’ve been so successful, it’s because they, very early on, got the idea that they needed a co-operative bank. People put their money in it and they used that money to help support new development, and from the get-go they provided technical support. They knew that you couldn’t just throw 20 people together and say, ‘Go organize a co-operative.’ They knew people needed technical support to make it happen. So, financial support and technical support. And in this country we don’t have very effective means of providing either. The Canadian Co-operative Investment Fund is a nascent attempt to crack this problem.

On my gloomiest days I think that the prospects aren’t that good. But people will always return to the idea of co-operatives because fundamentally co-operatives answer the question: How should we organize our human affairs?