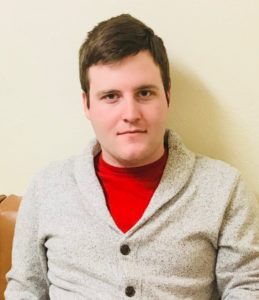 Darcy Eisan is no stranger to co-ops.

One of his great-aunts was a founding member of Albro Court Housing Co-operative in Dartmouth in the 1980s, but the story didn’t start there. His maternal great-grandmother owned the land that would one day become the co-op.

“She owned some land before World War I,” explained Eisan, “and she sold a portion of it in the 1960s. That portion eventually became Albro Court Housing Co-operative.”

Twenty-one years old and already in his third term as a board member, Eisan works at the local level organizing educational events, and recently has become involved at the national level. He feels he was inspired by his mother’s example.

“Mother served almost a decade on the board, and I’ve been surrounded by great-aunts and uncles all my life,” he said. “It was a fundamentally different way to grow up, a deep immersion in co-op life.”

Eisan describes the co-op as being “shaped like a nest”, one that safely nurtured him and his cohort of Albro Court youth. “We have a community of adults and children who came of age together as a bloc. It shaped how we look at community, and how we look at what it means to support one another.”

Belonging to an extended family that values co-operative living gave him a profound commitment to that community. “I watched everyone care so passionately about how the co-op was functioning,” he said. “And I’m most profoundly excited by the fact that women have led the way. I’m carrying on the legacy of the women who came before me.”

At the Vision Summit held in January, Eisan learned that there are a lot of other emerging leaders who share his passion for the co-op housing movement. He believes that there is more work to be done, work that includes encouraging more young families, more immigrants, more LGBT2SQ members, and more students to choose co-ops, which means that more co-ops need to be built and supported as a housing model by provincial and federal governments.

Growth and development of the co-op housing sector is important to Eisan. “My personal goal is to have co-ops feel like a secure and viable option for all families that need it.”

He points out that there is no post-secondary housing co-op option for students living in Atlantic Canada, and he’d like to change that. “We have over a dozen universities in Atlantic Canada. What better way to educate young people about co-op housing and co-op ideals?”