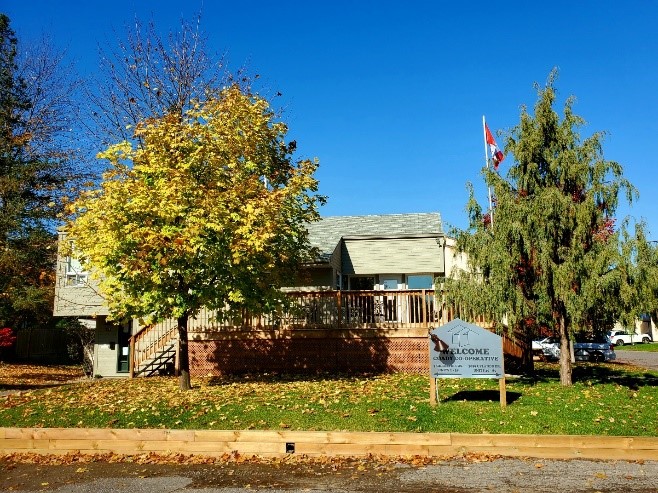 Coady Co-op, with 74 townhouses in suburban Ottawa, is one of Canada’s oldest, constructed in 1977 under the Section 61 program. Along with five other housing co-ops in Ottawa, it was built on land leased from the City for 55 years, until 2032.

In 2017, the co-op’s board and management decided to take a hard look at the condition of its property. Using a grant from CMHC, Coady commissioned a building condition assessment (BCA).

When it was completed in 2018, the BCA showed that the co-op’s building envelope—siding and stucco—needed to be replaced. The co-op also needed many new windows and doors, kitchen and bathroom upgrades, and new paving and sidewalks.

The co-op board and manager knew that other co-ops were using new mortgage financing to modernize their properties, and called CHF Canada to learn more. The co-op agreed that CHF Canada would prepare an asset management plan (AMP) to explore Coady’s options.

The AMP was completed in September 2019. Coady could afford a new mortgage to get most of the necessary work done right away. More than $5 million would be needed to modernize the co-op and pay off the existing mortgage. The improvements would make a huge difference to members’ quality of life, and provide every household with savings on winter heating.

CHF Canada’s refinancing team arranged a mortgage offer from First National Financial. The proposal called for a new mortgage of $5.7 million, insured by CMHC. At the time, the interest rate was expected to be around 3.5%, a massive saving compared to the co-op’s current fixed rate of 8%.

“By the end of 2019, it looked like an easy loan,” says Dave Howard, CHF Canada’s Program Manager, Financial Services. “We have plenty of experience in new mortgages like that, and it was straightforward for the co-op to go ahead and get the work done.”

But the new mortgage would last until 2055. Coady needed to ask the City of Ottawa to extend its lease from 2032 until 2060—adding five years beyond the mortgage that all mortgage lenders require.

City staff supported Coady’s plans, but had to follow strict policies about how leased land was valued. In this case, the lease could not be extended until 2060 without a multimillion-dollar payment, much too big for the co-op to afford.

A surprise opportunity to buy their land

Just two weeks later, the City surprised the co-op with an offer to sell the land to Coady outright, subject to City Council approval and a land appraisal. Staff estimated the land price at just over $3 million. The co-op would need to guarantee that the housing would remain affordable until 2032, when the existing lease would have expired.

This was great news for the co-op, but it raised many questions. Could the co-op afford to increase its new mortgage to more than $8 million? Would that mean increases to housing charges? Fewer repairs? Would First National Financial agree to provide a loan that high? Would CMHC be willing to provide mortgage insurance?

Time was short, so Coady’s board decided to make a conditional offer to purchase the land. The co-op would go forward with the purchase if members agreed, if First National could provide the bigger mortgage and if CMHC would insure it.

While CMHC studied the insurance issues, the city generously gave the co-op an extension on its 90-day timetable for the land purchase. Then another extension, and another. As the weeks ticked by, CHF Canada also expressed its support for the co-op, offering CMHC a commitment to help the co-op if the need arose. Finally, in June 2020, Coady got the good news that mortgage insurance would be available.

On August 1, 2020, nearly a year after Coady’s members first met to consider a new mortgage, the deal closed. The city was paid $2.8 million for the land; the existing CMHC mortgage was repaid, and the co-op had more than $3 million to repair and upgrade its property. In September 2020, again assisted by CHF Canada, Coady hired a project manager and today is preparing for construction to start.

It was an amazing experience for all of us. The level of expertise shown by everyone involved was almost unbelievable, and so was the ability to find solutions to the obstacles that looked like they could sink us.

“It was an amazing experience for all of us,” says Coady president Tom Heyerdahl. “The level of expertise shown by everyone involved was almost unbelievable, and so was the ability to find solutions to the obstacles that looked like they could sink us.”

For Dave Howard, Coady’s experience showed what can be accomplished when a determined commitment to sustainable co-op housing is shared among different organizations. “What started as a simple phone call from Coady Co-op turned into an unusual and innovative new financing arrangement. The welcome but surprising offer from the City completely changed everyone’s expectations.”

“We all had to be creative—the City, First National, and CMHC all had to think of imaginative ways to help make this happen. Coady showed us that, with flexibility and patience, everyone can get a great result. Co-ops that are on leased land may need to take some extra steps, but shouldn’t hesitate to explore asset planning and refinancing.”