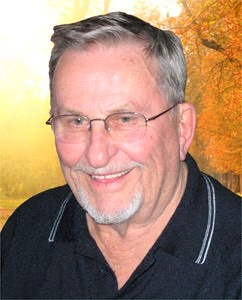 Housing co-ops across Canada are reflecting on the many contributions co-op housing champion and former CHF Canada president Allen Nelson, who died on December 25, 2017 at age 86.

“Allen was really part of the foundation of the co-op housing movement,” says CHF Canada’s Manager, Co-operative and Asset Management Services and former Castlegreen Manager, David Spackman. He says Allen was a co-op housing pioneer in the era when Atlantic Canada’s Moses Coady was building the Antigonish Movement, sparking the development of co-ops in the Maritimes and credit unions across Canada. At the same time, the federal government hired Nelson, along with Central Mortgage and Housing Corporation consultant Dr. Alex Laidlaw, to introduce co-operative housing to CMHC.

“He and Glenn Haddrell were cut from the same cloth”, says CHF Canada AGM Co-Chair and former board member Bruce Woodrow. Glenn was the first executive director of the Co-operative Housing Foundation of Canada, predecessor to CHF Canada. Woodrow says both men were strong in their convictions about housing co-ops, despite the fact that neither lived in a co-op.

David recalls that Allen worked at the grassroots level along with community to develop one of the most successful co-ops in the country and went on to manage it for over 15 years. Beyond this work, Allen had a huge national influence. “He recognized without question that the co-op housing movement in Canada would need a national voice over time. He worked for that and ensured it happened.”

David says that Allen’s “huge national influence” provided an example of how someone from one of Canada’s smaller centres could have significant impact. He initiated the tradition of Castlegreen members’ involvement in the larger sector, at both provincial and national levels. Since then, the co-op movement has continued to see leaders from smaller places like Moosejaw and Orangeville.

“He was a great person, also personable and engaging,” says David. “He was able to get together people from various backgrounds and get them working in the same direction.”

Allen is survived by Sharon, his wife of 50 years, their five children, eight grandchildren and numerous nieces and nephews. Donations can be made to the Allen Nelson Bursary Fund at Castlegreen Housing Co-operative or a charity of your choice.