Survey seeks your feedback on reconciliation 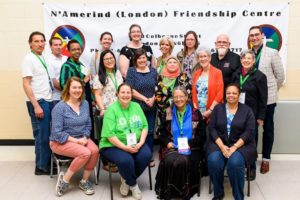 CHF Canada has launched two member surveys about reconciliation: one targeted to Indigenous co-op members and housing co-ops, the other targeted to non-Indigenous members.

The ideas and suggestions that you share will guide the creation of a toolkit that co-ops and others can use to support reconciliation with Indigenous people.

The surveys are part of CHF Canada’s current work to develop an action plan for reconciliation. A key component of the plan is a tool kit that housing co-ops and other CHF Canada members can use to strengthen and support reconciliation in their own communities.

The survey invites Indigenous respondents to share ideas about what CHF Canada itself can do to promote reconciliation.

The other survey solicits input from non-Indigenous co-op members.

Both surveys were developed for CHF Canada in consultation with Jackie Hogue, a Winnipeg consultant who specializes in Indigenous matters. She is helping CHF Canada respond to a resolution passed by members at the 2018 annual meeting.