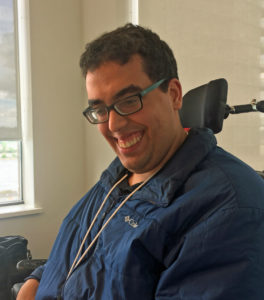 Co-ops are ideally positioned to educate others, especially other co-ops, about the benefits of living in a community that includes a diverse range of people. People living in co-ops across the country demonstrate daily that we can make our differences our strengths.

Shari Laliberte, Chair of the Eco-Wellness Committee at Kaslo Gardens Housing Co-op in Vancouver, BC, said her co-op is humbled and honoured to receive a grant this year. Kaslo Gardens was inspired by the work of Canada’s Truth and Reconciliation Commission. “We recognize that we’re located on unceded Coast Salish Territory,” said Laliberte. “We asked, what is the role of co-ops in broader civic engagement, in the broader community? How does reconciliation relate to co-operative economics?”

These questions are guiding Kaslo Gardens efforts to bring an Indigenous perspective into the co-op’s mission to create a safe, healthy, affordable, and high-quality living environment. The grant will allow the co-op to move ahead with a dialogue and workshop series with a focus on social justice and environmental sustainability planned for September. Indigenous youth leaders will be invited to offer workshops on reconciliation to the co-op youth. Initially, only Kaslo was involved, but the plans are expanding to include other co-ops in the area, including non-housing providers such as the East Vancouver Food Co-op.

The Co-operative Housing Federation of Toronto

In Toronto, the Co-operative Housing Federation of Toronto (CHFT) received a grant to continue several projects. During Black History Month, CHFT sponsors events at various co-ops to educate co-op members about the important contributions of Black Canadians. CHFT also honours older co-op members with its Century of Cooperation Awards, while actively promoting the idea to co-op organizations in other parts of the country. “There is a fair bit of organization and expense involved in these projects,” said Tom Clement of CHFT. “By getting help with the resources to do one thing, you don’t have to take away from another.”

The Co-operative Housing Federation of BC & the Community Living Society

A third grant was awarded to the Co-operative Housing Federation of BC (CHF BC) for its proposal to establish a partnership between CHF BC and the Community Living Society (CLS). CLS is a community-based non-profit group supporting adults with developmental disabilities, acquired brain injuries, and fetal alcohol syndrome. Under the proposed partnership, CLS will refer people to housing co-ops for consideration of membership.

“This is a population that benefits from being in a community and that’s a natural fit to co-op living because co-ops are about community,” said Fiona Jackson of CHF BC. “We look forward to opportunities to let our members know about this project and consider how they can welcome adults with developmental disabilities or brain injuries into their community.”