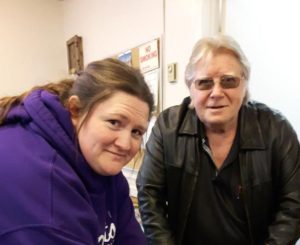 At West Glen Co-op in Brantford, age matters. Their multi-generational board of directors is an important aspect of governance, and having senior members age in place helps to maintain continuity.

“It’s a learning process on all levels,” said Garry Munn, who has lived at West Glen for 20 years and currently serves on the board. “Even an old dog can learn new tricks. If you have a board made up of all seniors, you can lose the stability, because there could be a high turnover. As well, older people sometimes have less energy, or are less able, physically, to participate in some things.”

Munn believes that working with younger people helps older members to understand the outlook of youth, and gives them an idea of where society is heading. This shared perspective helps the co-op plan for the future. “We ‘olds’ can learn about changes, and the younger members can learn about the stability that we’ve built into the co-op.”

Now in his sixties, Munn has no desire to leave West Glen any time soon. “I plan on celebrating my 100th birthday here,” he said with a laugh.

Jess Cook is in her third term as a West Glen board member, and her first term as president. In her twenties, Cook feels that having older members to mentor her as she learned, and continues to learn about governing a co-op, has been critical to her success. “My mom had served on the board for several years. I had seen how a co-op was run from the outside, and I wanted to see how it was run from the inside,” she said of her initial decision to run for a position on the board, something her mother encouraged, and referred to as “passing the torch”.

Cook wasn’t planning on running for a third term, but Munn and another long-term member persuaded her. “I knew the board would be in good hands with those two people on it. I knew I’d learn more, and it would be a positive experience,” she explained. She feels that sitting on the board has been an eye-opening experience. “Making decisions is not always easy. It can take time. I think learning to see things from different viewpoints has matured me a lot.”

When older members remain in the co-op, everyone benefits. Younger people, in particular, can learn from the senior segment of the co-op population, drawing on their collective experience of co-op life, and their accumulated wisdom.

Marcie Côté is the co-ordinator at West Glen. She also believes that the board benefits from age diversity. In particular, she feels it relieves concerns around succession. “Boards sometimes need re-energizing, but at the same time, it’s good if you don’t have to re-invent the wheel. It helps to have those with experience mentor younger members,” she said.

CHF Canada remains committed to helping co-ops adapt to the needs of an aging population so that authentic communities like West Glen can continue to flourish. For more information on aging in place, visit the Resource Centre of CHF Canada’s website.